Hawkins Residence is one of the finest examples of mid-century architecture in NSW. Designed by Philip Cox, it was awarded the Wilkinson Award in 1969, the highest accolade of the Royal Australian Institute of Architects.

The property, known as the Hawkins Residence, continues to be an enduring piece of mid-century design, offering an incredibly flexible space for a family, that meets the requirements of today’s demanding lifestyle.

More than 40 years after it was built, the Hawkins Residence still feels contemporary, which is a testament to its superb design. In the report when the house received the prestigious Wilkinson Award, the jury commented that Cox had filled the requirements of the family in ‘a most direct way, with sensitive handling of spaces, materials and forms’. They concluded that ‘the designer has created a contained environment in an established situation – and has happily made it look easy’.

“The designer has created a contained environment in an established situation – and has happily made it look easy.” The Hawkins Residence, one of the earliest houses designed by Philip Cox, is without doubt one of his most revered, having received the prestigious Wilkinson Award (the Royal Australian Institute of Architects’ highest residential award) in 1969.

Located in Cheltenham, a small residential suburb 21km to the north-west of Sydney. The suburb is unique in character due to historical planning covenants restricting commercial enterprises. This has greatly benefited the area, allowing its residents to enjoy a residential suburb free of commercial trading. Wide, tree-lined streets give way to bush that joins Lane Cove National Park. The Hawkins Residence lies on one such street. The drive leads down from the manicured street to the property that lies on a true bush block backing onto a nature reserve.

The Hawkins commissioned Philip Cox to design a house for their family, which included two teenage daughters and two younger children. Cox responded to the brief, and the site, in an innovative and unexpected way, essentially designing an L-shaped main residence for the parents and two younger children, and on a lower level of the site, a smaller, self-contained version for the teenage girls.

The smaller residence is attached to the main part of the house via a stairway corridor, but also has a separate entrance from the street. The two parts form a north-facing courtyard, with access from living areas and the three bedrooms of the main house. Originally the courtyard was natural bush; it now contains a pool that feels very much in keeping with the house.

While Cox is now best known for his use of steel, this early house of his fits broadly into what is known as the ‘Sydney School’ of architecture, which refers to a group of young graduates in the Sixties who reacted against modernism by using rustic materials and letting the buildings blend into the landscape and respond to the local climate.

From the street, the Hawkins Residence gives little away, much lower than street level and barely visible apart from a wall of floor-to-ceiling windows, still with their original curtaining, above which lie timber framed panels of opaque Vitrolite, following the pitch of the roof. It’s the Vitrolite – pigmented glass used commonly during the Art Deco period and often in commercial buildings and restaurants – that lifts this house out of the Sydney School and into something quite unique.

The front door opens to reveal the open plan nature of the house, the extensive use of timber and brick, the connection (via walls of glass and glass doorways) with its bush setting – all quite distinctive features of the Sydney School.

On the long arm of the L lie a living room – with corner fireplace and built-in bookshelves – kitchen, dining and family living room, with matching corner fireplace. The current owner reminisces about walking from the station on winter nights and seeing the smoke from the fireplace curling up through the trees. “That’s when I knew I was home,” she says.

All living areas flow into each other and all open to the courtyard. Broad eaves onto the courtyard form a verandah; the lack of gutters on the eaves provides a connection with the weather, turning simple summer rain into a delicate waterfall. The Vitrolite used on two ceilings of the living room allows for yet more contact with outdoors, creating an ever-changing artwork as shadows from nearby trees fall across it.

The slightly shorter arm of the L, again with Vitrolite skylights, contains a bathroom, plus three bedrooms, which open to the courtyard and with the main bedroom having an ensuite.

The secondary part of the house, the smaller residence, lies off the informal living area, separated by a door and stairway corridor. Containing two bedrooms, bathroom, laundry, kitchen and living area, this part of the residence has extensive terraces looking out over the nature reserve. Again, Vitrolite, following the pitch of the roof in the bedroom corridor, allows plenty of diffused light into the apartment. While the Hawkins’ teenage daughters lived in the smaller residence, it’s an incredibly flexible space that can also be used as guest accommodation, for extended family or as office space. Says the current owner: “My mother and father lived in the apartment which was just so practical, yet there was still enough privacy to cope with the dramas of everyday family life. Both our children have stayed there with their intendeds too!”

Under the house, and as a later addition, are a living room and a large games room.

More than 40 years after it was built, the Hawkins Residence still feels contemporary, which is a testament to its superb design. In the report when the house received the prestigious Wilkinson Award, the jury commented that Cox had filled the requirements of the family in “a most direct way, with sensitive handling of spaces, materials and forms”. They concluded that “the designer has created a contained environment in an established situation – and has happily made it look easy”. Also testament to its good design is the fact that it has only had two owners – before its present owner, who moved in in 1976 and brought up a family in the house, the Hawkins had lived there for seven years before moving to the country, and commissioning Cox to design a house for them there. Cheltenham lies 21 kilometres north-west of the Sydney central business district in the local government area of Hornsby Shire. A middle-class residential suburb, having all the distinctive qualities that make living on the North Shore so appealing. Its residents benefit from having good transport links; outdoor and leisure activities; proximity to shopping centres and quality educational choices. These include; Cheltenham Girls High, Beecroft Public, James Ruse High and Epping Boys High.

From its early days, Cheltenham was almost exclusively a residential suburb with no shopping area developed in its planning. This today influences the atmosphere of the area and greatly enhances the heritage of the area.

Cheltenham railway station, less than a five minute walk from the property, is on the Northern railway line of the CityRail network. It is one of the few stations with no surrounding business district, due to William Chorley placing covenants on the surrounding land. Trains to Chatswood and Strathfield allow for ease of commute to the City and further educational choices including the premier private schools.

The immediate location of the property, leading to a bush track through the garden, lends itself perfectly to family life and especially to those with an adventurous spirit. The daughter of the current owner recalls, “It was amazing to grow up in a house that allows for adventuring. From our back door we would walk down the bush track to Big Ducky and Little Ducky (Waterhole). We’d take an old row-boat out and fish without a rod. And not forgetting all the stories around the convict cuttings and Whale Rock too. It really was a great house to grow up in.” Philip Cox is one of Australia’s most important and influential architects, whose work can be seen in almost every capital city of this country as well as in centres around the world. He trained in residential architecture, but was awarded two commissions of public buildings, a boys’ home and an agricultural college, soon after he’d started his practice with Ian McKay in the early Sixties. Alexander Agricultural College was awarded the Royal Australian Institute of Architects’ Sulman Medal (the Institute’s most prestigious award for public buildings) in 1964, an incredible accolade for such a young team and the first of many awards Cox has won over the years. For the first 20 years or so of his career, Cox designed mainly schools and houses, as well as doing conservation work on historic buildings. He also wrote a number of books on Australian rural and historic architecture, including The Australian Homestead and Historic Towns of Australia.

From the late Seventies onwards, the practice has worked on a range of public and commercial buildings, sports arenas and resorts. Some of its most well-known projects include the Australian National Maritime Museum, the Sydney International Convention and Exhibition Centre and Australian Film Television and Radio School. Its most iconic Australian project would surely have to be the Yulara township overlooking Uluru, which received the Sir Zelman Cowen Award in 1984. Overseas buildings include the Kuala Lumpur Convention Centre, the Singapore Management University Headquarters and Asian Games Aquatic Centre. 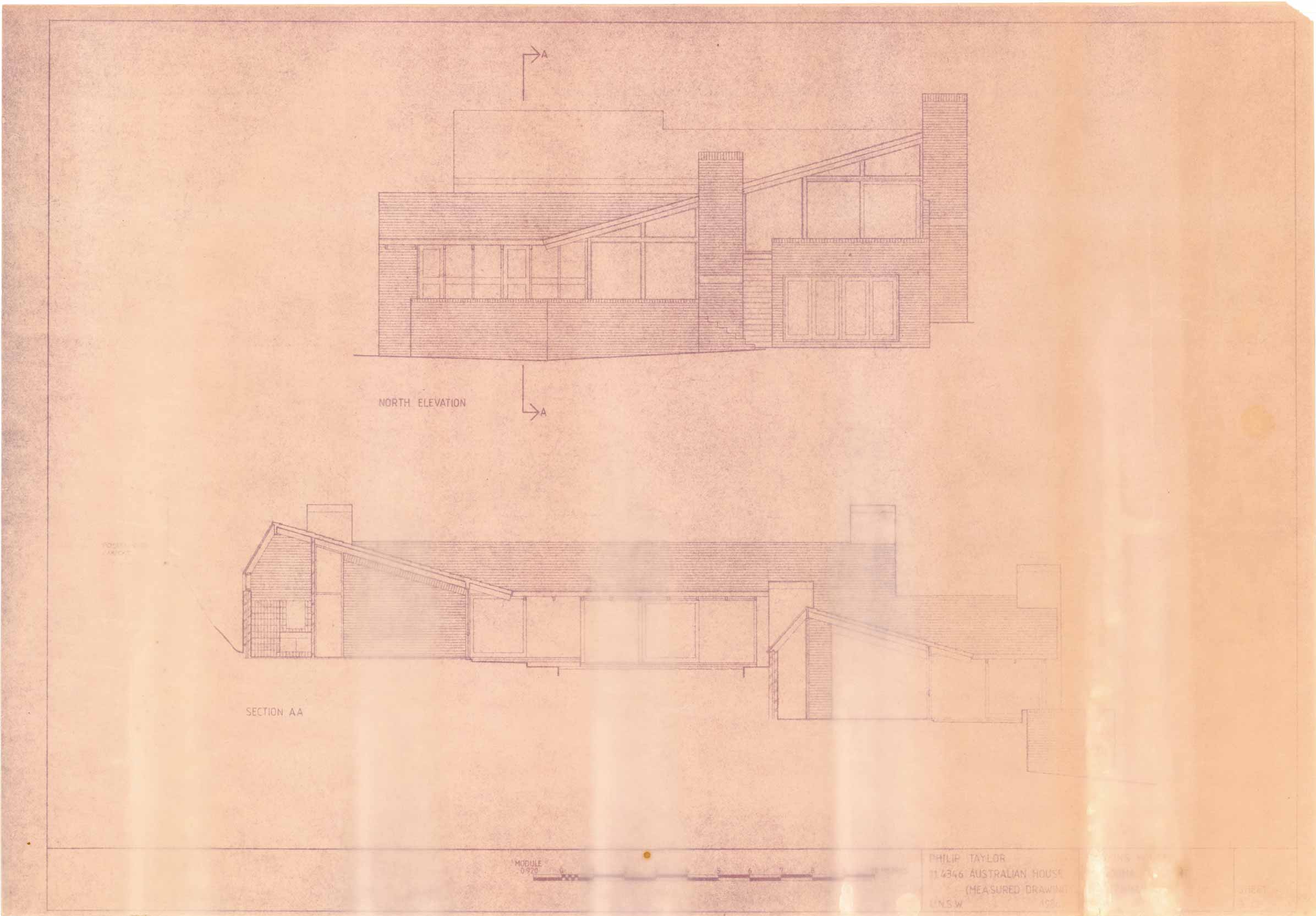