Set within a grove of angophora trees, and yet only a few steps from the main Avalon shops, this extraordinary house calls for a very different way of living. The Angophora House by Richard Leplastrier, one of Australia’s most influential and internationally awarded architects, has been described as ‘a piece of fine cabinetry for humans’. It is made up of a series of handcrafted timber pavilions; the attention to detail and construction methods bring to mind the intricacy and accuracy of boatbuilding.

Built between 2004 and 2006, it does not fit the conventional descriptions of a house – ostensibly it has four bedrooms and two bathrooms, but that is almost entirely flexible. Bedrooms could become studios, for instance; one pavilion could become a dining room. With pavilions linked by a walkway, it requires stepping outside to get from one room to the next – at Angophora House, it is impossible not to engage with the environment in the most uplifting way.

“A walkway, comprising a series of floating decks with wooden steps, links the pavilions; to get from one room to another, or even to the pantry, means stepping outside.” An article on Richard Leplastrier once described his houses as ‘secret treasures to be discovered only by those privileged enough to be introduced to them’. In that regard, the Angophora House is no exception. Situated only a few steps from Avalon’s shopping strip, the house – hidden from the street and made up of a series of timber pavilions of varying sizes – creates its own tranquil world on the tip of the area’s iconic Angophora Reserve.

The Angophora House is an important building by one of Australia’s most highly respected and internationally awarded architects. Over the years, the house has been visited by numerous architectural students from all over Australia and from Gifu University in Japan, an institution that specialises in woodworking techniques. It was constructed over a period of three years, between 2004 and 2006, by a team of Leplastrier’s regular craftsmen, one of whom was the original owner. More than a mere building, it has been quite accurately described as ‘a piece of fine cabinetry for humans’. It is almost entirely constructed of timber – a favoured material of Leplastrier’s – including jarrah from the demolished Fremantle wool stores that is used for flooring in one pavilion. Internal walls are of pale hoop pine plywood, while external weatherboards are red mahogany.

It is a house in which great joy can be derived from examining its finer details – the ingenious easily cleanable half pipe copper gutters, for instance – and a sense of marvel at how such a place could have been meticulously constructed without any obvious signs of nails or screws. In principle, the house could be taken apart and moved again and again – a response to Leplastrier’s endeavour for his buildings to have minimal impact on the environment. The architect’s love of boats and boatbuilding is plainly in evidence, most obviously in the economy of space and the extensive and careful use of timber throughout, and for his affiliation with Japanese architecture.

For Leplastrier, ‘first comes the land’. Here, quite plainly, he has been deeply influenced by the grove of trees in which the house nestles. The pavilions have been carefully sited so as not to disturb the ancient trees yet, at the same time, face each other to form a compound around a central courtyard. (It’s worth noting that the grove has its own microclimate, around three degrees cooler than the temperature on the street. In a little valley and shaded by the angophoras, the house is protected from the winter southerlies, but catches the cool north-easterly breezes during the warmer months.

One of the Angophora House’s most distinctive features is its three-storey tower, stretching up into the treetops and accessible via an external spiral staircase encapsulated in a chrysalis-like form. There’s a playfulness to this little eyrie – a lovely sense of enclosure and calm as well as views towards the ocean and an opportunity to quite literally be in touch with nature.

With virtually any house in Australia, it’s easy to state the number and function of the various rooms. The Angophora House, clearly, is not any house in Australia. Ostensibly it has four bedrooms and two bathrooms, but it’s a house in which one of the first pavilions encountered, which has a bathroom pavilion alongside, could be a bedroom, dining room, living room, studio or guest room. Likewise, a smaller pavilion nearby could be a study, living area or bedroom. The same could be said for the two rooms in the tower. The kitchen / dining / living pavilion is the only pavilion in which functions are defined, and includes a living area with corner woodburning stove. Even so, it doesn’t act in an entirely conventional fashion; the kitchen benchtop extends into the windowsill and, with stools outside, becomes an indoor/outdoor dining area.

In fact, living in a Leplastrier house calls for an unconventional approach altogether. A walkway, comprising a series of floating decks with wooden steps, links the pavilions; to get from one room to another, or even to the pantry, means stepping outside. It is impossible not to engage with the environment when living in such a dwelling – when the current owners moved in, they were determined to incorporate a few more traditional elements, such as an entirely ensuite bathroom, but soon found the house exerting its quiet power over them. They happily changed the way they lived rather than alter the house in any way. The house is protected from the winter southerlies, but catches the cool north-easterly breezes during warmer months Avalon is a northern beachside suburb of Sydney. Located 35 kilometres north of the Sydney CBD, in the local government area of Pittwater Council, in the Northern Beaches region. The suburb of Avalon Beach is on the Barrenjoey Peninsula facing the Pacific Ocean, about 2km north of Newport Beach and about 1 km from Clareville.

Angophora House is located at 33 Bellevue Avenue, sited on the very Eastern tip of the extended grove of Angophoras that makes up the iconic Angophora Reserve in Avalon. The property has rear access parking off Wickham Lane, which is directly behind Avalon shopping village. However, there may be little need for a car as the location is ideally located to Avalon Village and Avalon Beach.

In fact, it is only a four-minute walk to the only beach in Sydney that does not have storm water run-off. Avalon Primary School is two minutes to the south while to the north and east is Avalon Village with ample shopping, boutique shops and coffee houses complimenting the relaxed beach lifestyle that the area enjoys.

Avalon Beach is a well-known surfing beach and has a 25 metre salt water rock-pool at the southern end. The beach is approximately 500m long, facing south-east, and bordered by high sandstone cliffs and the rock platforms of Bilgola Head and Hole in the Wall. Originally, Avalon Beach had a large littoral rainforest, backed by a freshwater swamp. Now, the Avalon Dunes coastal vegetation is being actively restored by volunteers.

Nearby Ku-ring-gai Chase National Park, the second oldest National Park in New South Wales, conserves some 15,000 hectares of sandstone bushland. It is rich in Aboriginal sites, European history and native flora and fauna.

Pittwater and the Northern Beaches area was the land of the Garigal and Cannalgal people, part of the Guringai Aboriginal group. Some traces of Aboriginal heritage remain today including middens, cave art sites and rock engravings.

The famous Palm Beach is nearby, where you can enjoy a terrific walk to the Barrenjoey Lighthouse, designed by colonial architect James Barnett, at the end of the peninsula or rub shoulders with the rich and famous. The Barrenjoey headland commands the entrance to Broken Bay, the Hawkesbury River and Pittwater. It serves as a reminder that during the nineteenth century most access to Pittwater was by ship and that Barrenjoey became a focal point during this period. 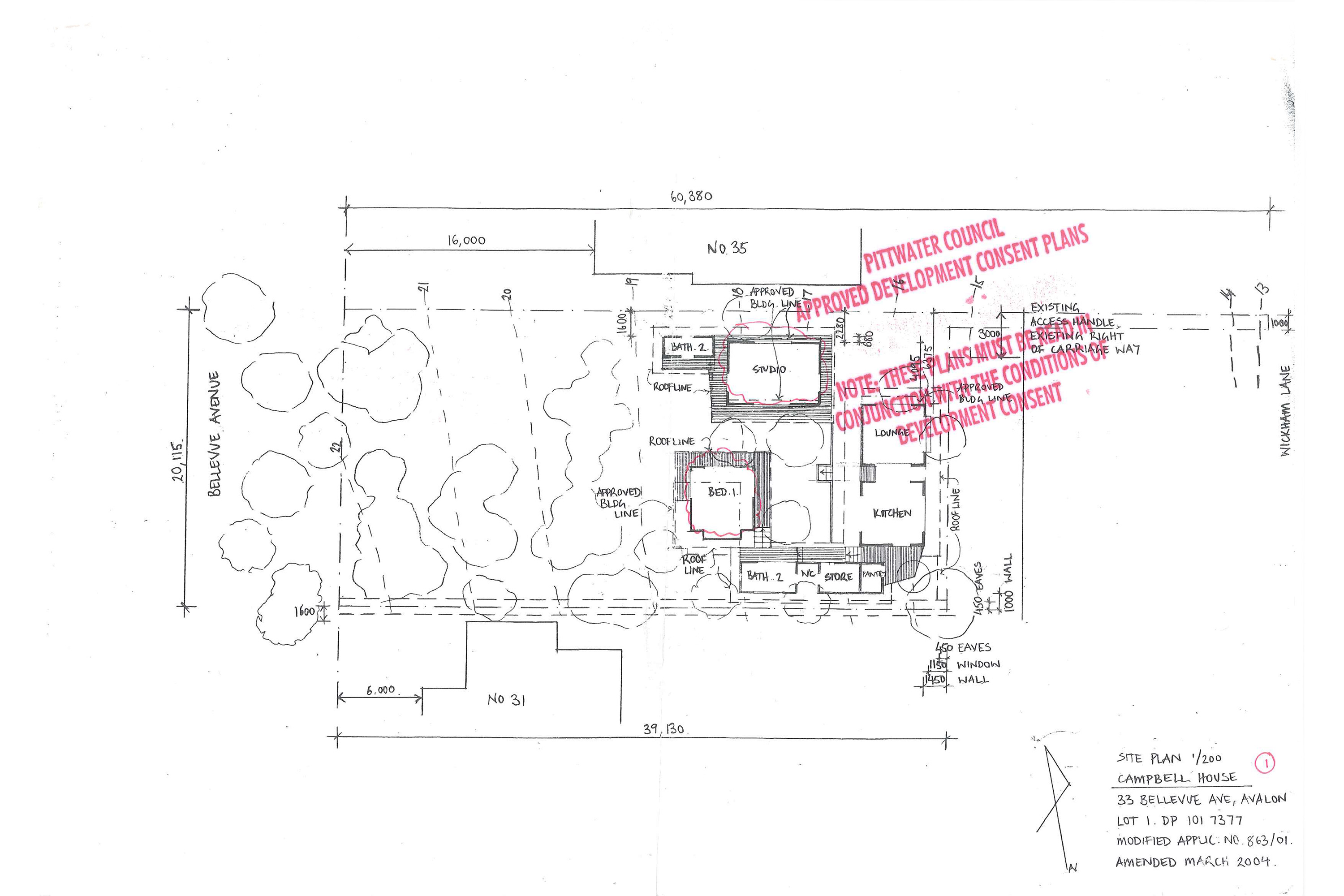